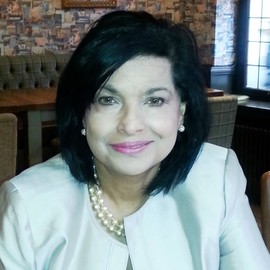 Sheri Markose received a PhD in Economics from the LSE in 1987. She joined the department in September 1986 after a position as research fellow (1982-1986) at the London Business School Centre For Macro-economic Forecasting. Her research interests, in applied economics, are in financial market modelling under extreme non-Gaussian events, computational mechanism design which uses agent based computational economic (ACE) models to ‘wind tunnel’ test proposed market protocols, electronic payments and cashlessness, interbank settlement systems, financial contagion and systemic risk. Her longstanding research interest and contributions to the Godelian formal mathematics of incompleteness and non-computability has enabled her to develop a theory of markets as complex adaptive systems and Nash equilibria in which strategic innovation and surprises occur. She was the lead researcher on the Foresight Office of Science and Technology 2006 IIS project on designing Smart Market Protocols for Road Transport Congestion. From 2006-2010, she directed research at Essex as part of the EC FP6 Euro 4 million RTN on the Computational Optimization Methods in Statistics, Econometrics and Finance (COMISEF) project which led to the development of multi-agent financial network models for systemic risk modelling.

Sheri was Director of the Institute of Studies in Finance from 2000 and then became the founder Director since 2002 of the Centre for Computational Finance and Economic Agents (CCFEA) where she has pioneered postgraduate research and teaching in agent-based computational economics (ACE) and markets as complex adaptive system. Starting in 2013 October within the Economics Department, Sheri has designed a new post Great Financial Crisis MSc Computational Economics, Financial Markets and Policy, which will train students in cutting edge skill sets such as financial network and systemic risk modelling, computational stress test platforms for robust macro and micro policy design and real time financial markets.

From February 2011-2015, Sheri has been appointed as senior consultant to the Reserve Bank of India Financial Stability Division to help establish ICT based financial network oriented modelling platforms for financial stability analysis. She was an academic advisor (Feb- Aug 2013) for BIS/BCBS OTC Derivatives Reform Report. In the 2017 Banque de France Financial Stability Review, Sheri and co-authors have provided an updated assessment of systemic risk from global derivatives markets following the 2009 G20 OTC derivatives reforms. Sheri was awarded the 2017 Eubank Prize by the Rice University, USA, “For integrative synthesis and data driven leadership toward understanding systemic risk in global financial markets.” Sheri has been a member of the European Science Foundation Review Panel in the area of socio-economic risks since 2014. Her 2017 publication in the American Institute of Mathematical Sciences Journal of Dynamics and Games on How Can Digital Agents Innovate?, highlighting the role of the Gödel sentence that enables a code to self-report that it is under attack to produce Type 4 dynamics in the Wolfram-Chomsky schema. This has been called ‘exciting’ by Noam Chomsky. In 2017, Sheri was invited to become an Associate Editor of Frontiers in Robotics and AI: Computational Intelligence https://www.frontiersin.org/journals/robotics-and-ai/sections/computational-intelligence#editorial-board

Sheri has been invited to give keynote talks On the Digital Foundations of Intelligence at 2019 Bio Inspired ICT (BICT) Conference at Carnegie Mellon University and again in 2019 Dec at the C3 Complexity Symposium of Sydney University.